Ever since the first COVID-19 induced lockdown last year, a man in Rishikesh has been feeding over 2,500 cows daily.

Jagdish Prasad Bhatt says that after looking at the plight of cows, he had resolved to serve those who were left to forage for food in the absence of fodder given to them by the municipal administration and locals.

Due to the lockdown-imposed curfew, transportation of feed became difficult, thus making the cows suffer. Bhatt said he has volunteered to care for the animals by arranging green fodder for them daily.

“It has been 1.5 years since I have been serving Gau Mata. It began when the lockdown was imposed across the country on March 21 last year. I started serving cows on March 23. Our services extend from Rishikesh to Dehradun and from there to Pauri. We look after 2200 to 2800 cows daily,” said Bhatt.

Bhatt said when the lockdown-imposed curfew took place this year, shutting down everything, he found that these Gau Matas, who are given utmost importance in the Sanatan Dharma, were starving to death.

“They were neither getting food nor water. Many died in front of my own eyes. Witnessing this, I only wanted to save their lives, and therefore I started arranging fodder for them,” said Bhatt.

He stated that earlier, these abandoned cows were frequently fed by the municipal administration and sometimes by the owners of domesticated cattle or locals. However, amid curfew, the local authorities stopped feeding them, and cow owners reserved the limited fodder stock for their cattle.

Locals too stopped stepping out of their homes to feed them due to fear of contracting the infection. In such circumstances, these cows were starving, he further stated.

“We bring fresh green fodder from Haridwar for them. If we happen to find any cow carcasses, we cremate the carcasses as per Hindu rituals on the banks of the Ganga river,” he added.

Jagdish Prasad Bhatt took voluntary retirement from Punjab Electricity Board. He wakes up at 5 AM and goes to Rishikesh market in his jeep to buy fodder and then feeds animals standing on the road. Aided by an ex-military companion, Bhatt manages to serve over 2600 animals daily on an average, adding that he has his meal only after feeding these animals. 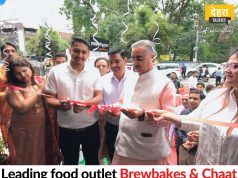 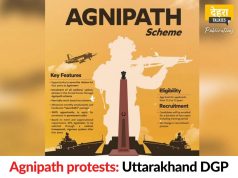 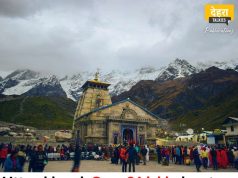 World Music Day 2022: Remembering the talented singers we lost this...